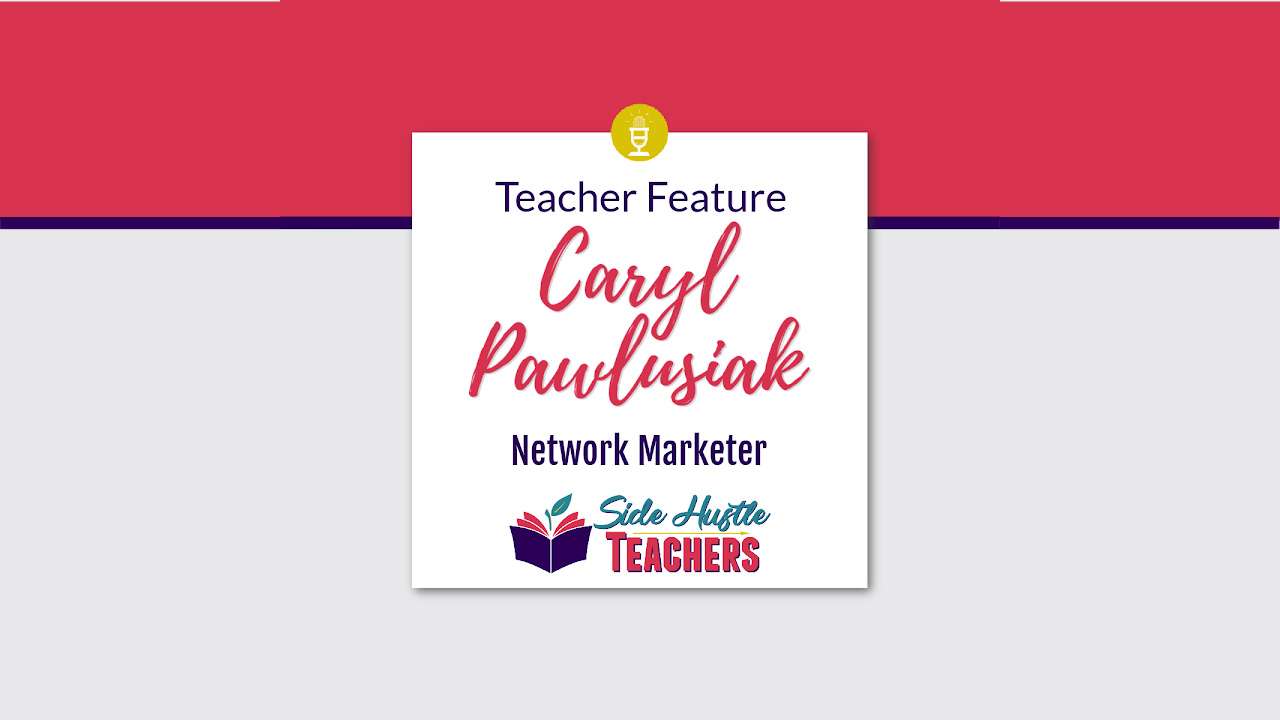 Caryl Pawlusiak is an elementary teacher of 18 years who knew nothing about skincare when she took the plunge to become a personal shopper for Rodan+Fields. Putting her skills at following a lesson plan to use, Caryl learned while helping her customers with their skin and lashes, and soon began to teach others to do the same. Her original goal was to make a few hundred dollars a month but soon she was able to pay off her student loans early and now pays the mortgage each month. She coaches the women on her team to do more for their families around their existing schedules. Education continues to be what Caryl loves best, both teaching kindergarteners to count and read and teaching women to grow an extra stream of income.

How did you select your side hustle?

I think my side hustle selected me because I wasn’t looking for anything at the time. A friend of mine from high school had been sharing Rodan+Fields on Facebook and I was sort of watching and then I said, “I’ll go check it out so I can tell,” you know, because you’re a good friend and I want to be nice. And then I went and I was really intrigued because she was working with some other teachers and I said, “Wow, this is interesting.” And then I said, “I’ll just get some products.” And then I looked at the products and I said, “Oh, those are really expensive.” And really wanted to try them. And I grabbed my sample and I ran out of the house as fast as I could basically.

About a week later my husband came home and he was going to be making a job change and we were going to be without a second income for a little while, and we can’t afford our mortgage on just my teaching income. You know, teachers don’t make a lot. So I called her up. I said, “Can I really make some extra money just to tide us over to do this?” And she said, “Yeah, absolutely.” And I literally signed up that night, jumped in without asking a single question. And that’s how I started with Rodan+Fields.

It’s been almost three years now. And when I started, I just wanted that few extra hundred dollars just to make sure we could pay all the bills and got that the first month and was surprised and everything happened organically. A coworker came up and said, “What’s this thing you’re doing? It looks really interesting.” And I said, “Oh, Oh, I should tell you about it.” Like, I knew nothing about sales. I just, you know, called my few friends and asked if they would try some skincare. That’s really what I did in the beginning. But my team people saw me doing it, and said, “Can I join you?” I didn’t want to grow a team. So that was actually something that I discovered was a lot of fun; helping other people learn, but I was learning right along with them.

It’s kind of like when you teach something new to the kids and you’re not quite sure what you’re doing, but you figure it out along the way. That’s how the whole business started. And within about six months my husband had started his job and I used the extra money that I was making to pay off my loans. So once I did that, I said, “Okay, this thing’s for real.” And now it’s, I’m, it’s my, definitely my side. Not even a side gig. Everyone knows I do it besides teaching and I absolutely love it.

How do you find time to work on your business while teaching?

The same way I found time to make my lesson plans. When I first started teaching and I had another job, I did it in just the time that I had around everything I had to do. So when I started, it was on my lunch break, I would send messages while I was eating. Because a lot of times that’s when I was checking email and doing those things, I said, “Oh, I’ll just send a message while I’m eating my lunch at home at night when I was on the couch, instead of grading some papers.” I said, “Okay, I’ll, you know, scroll and send some messages,” because that’s how it started for me; it was just sending messages.

And then it turned into, back when we could we’re out and about having events and things, I would just get together for a girl’s night with a few friends and I would have my products there to show them, and that turned into conversations with other people. But it really started in, you know, 15, 20 minutes here and there. And now it’s, I schedule time around my day, just like I would schedule appointments and some days it’s 20 minutes, some days it’s an hour, it’s what I need to make it work.

I’d seen a lot of things over the years that intrigued me, but I didn’t want to have to go to people’s houses and have parties. I’m actually, you might not believe it, a shy, introverted person who does not actually like going and chatting with people. So I didn’t want to do parties and because Rodan & Fields is not necessarily a party company. We have a business launch to start with, but other than that, it’s just sharing products that we love. So because it wasn’t parties, that’s part of the reason I decided to try it and cause I didn’t want to be on my feet after work. I’d been doing that when I worked in, you know, the job at hallmark afterschool. So I wanted something that I could do on my terms.

What teaching skill has served you most as a side hustler?

There’s definitely a few because as teachers, we have many in our bag of tricks. But one, the first thing that served me the most well was being able to follow a lesson plan because everything within the company is set up, that you do step a and once you finished step A, you do step B. So just following that scripted program that was given to me, just like when they handed me a manual, my first year teaching and I didn’t know what to do.

It helped so much, but since everything has changed with the world and how business has been going, um, once we couldn’t be out having events and I wasn’t out and about talking to people, I found that flexibility because just like in the classroom you make a plan, but then things change with the kids, with the expectations with, “Oh no, there’s a fire drill in the middle of class.” So being able to be flexible and think on my feet and just pivot and make a change and being willing to try something, those are all things that I do in the classroom that have helped me so much in the business.

And the thing about being willing to try something is, like a lot of teachers feel like I can try something in the classroom, but I have to know, like I have to have like a certain sense of success because you know, I could get observed or I could have, you know, the superintendent decides to do a drop in or whatever it is. And then the thing that I love about business is that you don’t necessarily have to know that it’s going to be the right thing. You can just try it and be like, “Hmm, all right, that didn’t work.” And then you can move on because nobody’s going to stop by and assess you on it. Nobody’s going to put it in your teacher evaluation.

How has having a business positively impacted your teaching?

Oh my goodness. It’s made me so much more focused and organized because in the beginning I would just take 15 minutes here and there for my business. And now, because I want to take more time, I am, when I’m in my classroom, that’s my classroom time. I’m focused on everything and I don’t actually take as much home with me, which is an added bonus.

But it’s also made me willing to try new things. When I started, I had been teaching first grade for 15 years. Never wanted to teach another grade, loved it so much. It was my wheelhouse. And within a few months of starting my business, I was like, Oh, there’s an opening and kindergarten, let me try something new. So with the brand new business, I jumped into a new grade and I’ve had so much fun and love it a lot because of that.

It’s made me a lot less stressed out as a teacher. I know that if the papers are still there tomorrow, the kids are still learning. I’m still getting the job done. But also by taking time for doing something that I love, I am a happier, more present teacher for the kids in the classroom.

What's your favorite thing about having a side hustle?

Oh my goodness. I would have to say, which is surprising for me – because I said before, I’m an introvert and I don’t actually like talking to new people – it’s actually all the new friendships and new people I’ve met. Whether it’s through business, through a friend of a friend that they say, “Oh, they need the products, You got to talk to them.” And I’ve met some of my best friends that I talk to daily.

Like people I was texting this morning that I wouldn’t have known if I hadn’t started, started the business. Definitely really like energizing. When you get to talk to people who are, you know, like-minds or kindred spirits or whatever you want to call them. And they’ve made my life better for being in my life. And it’s all because of the business that we’ve been brought together.

It’s hard to start a side hustle if you don’t know what to try. That’s why I created the Just Right Side Hustle Quiz! Answer 6 simple questions to find the hustle you’re best suited for based on your interests, talents, and lifestyle! Take the quiz now.

Find your just right side hustle!

Starting a side hustle is tough when you don't even know what business to start. Answer 6 simple questions to find the hustle you're best suited for! 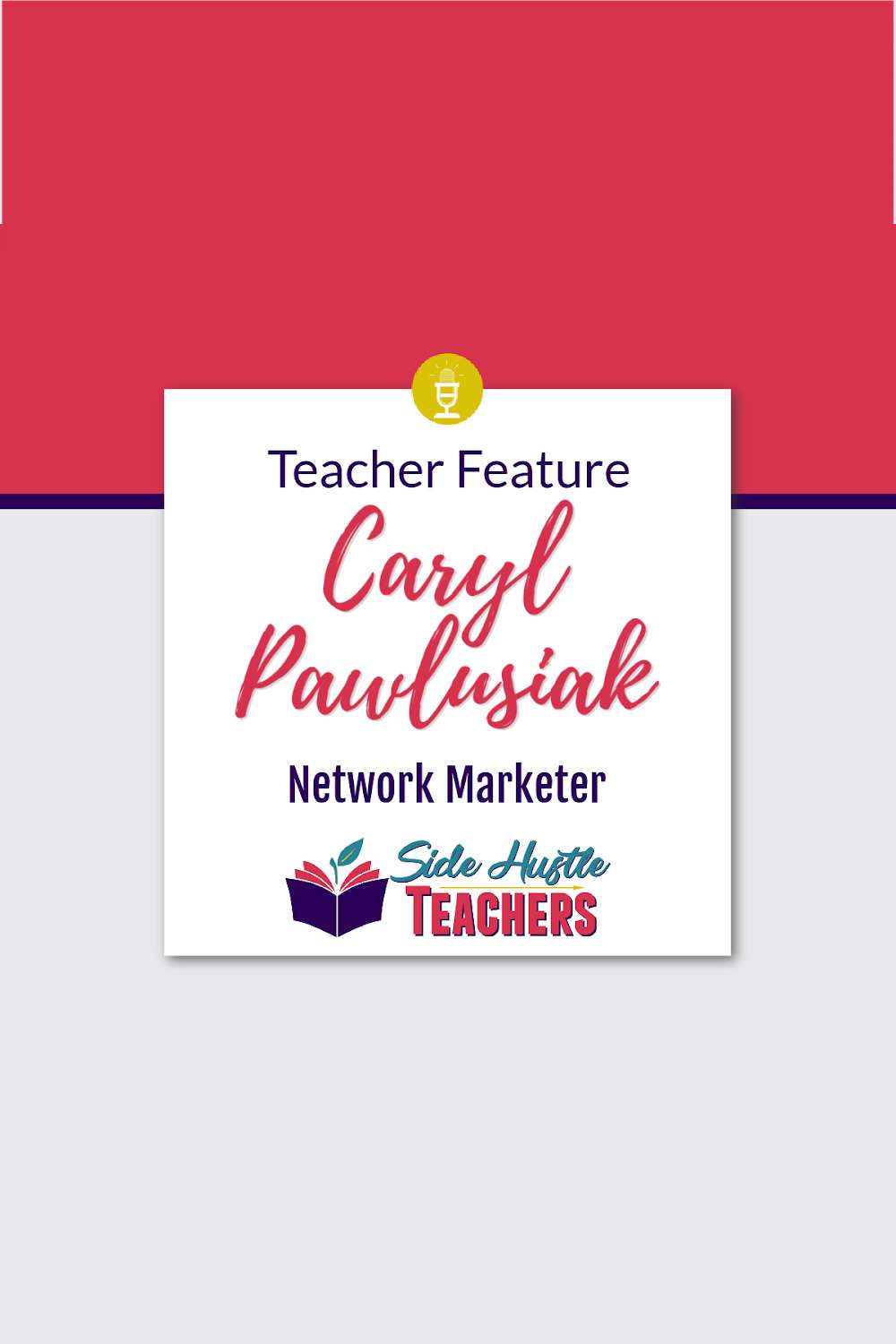 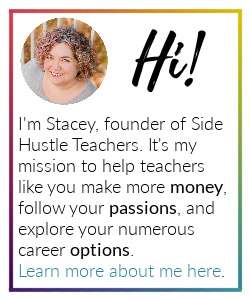