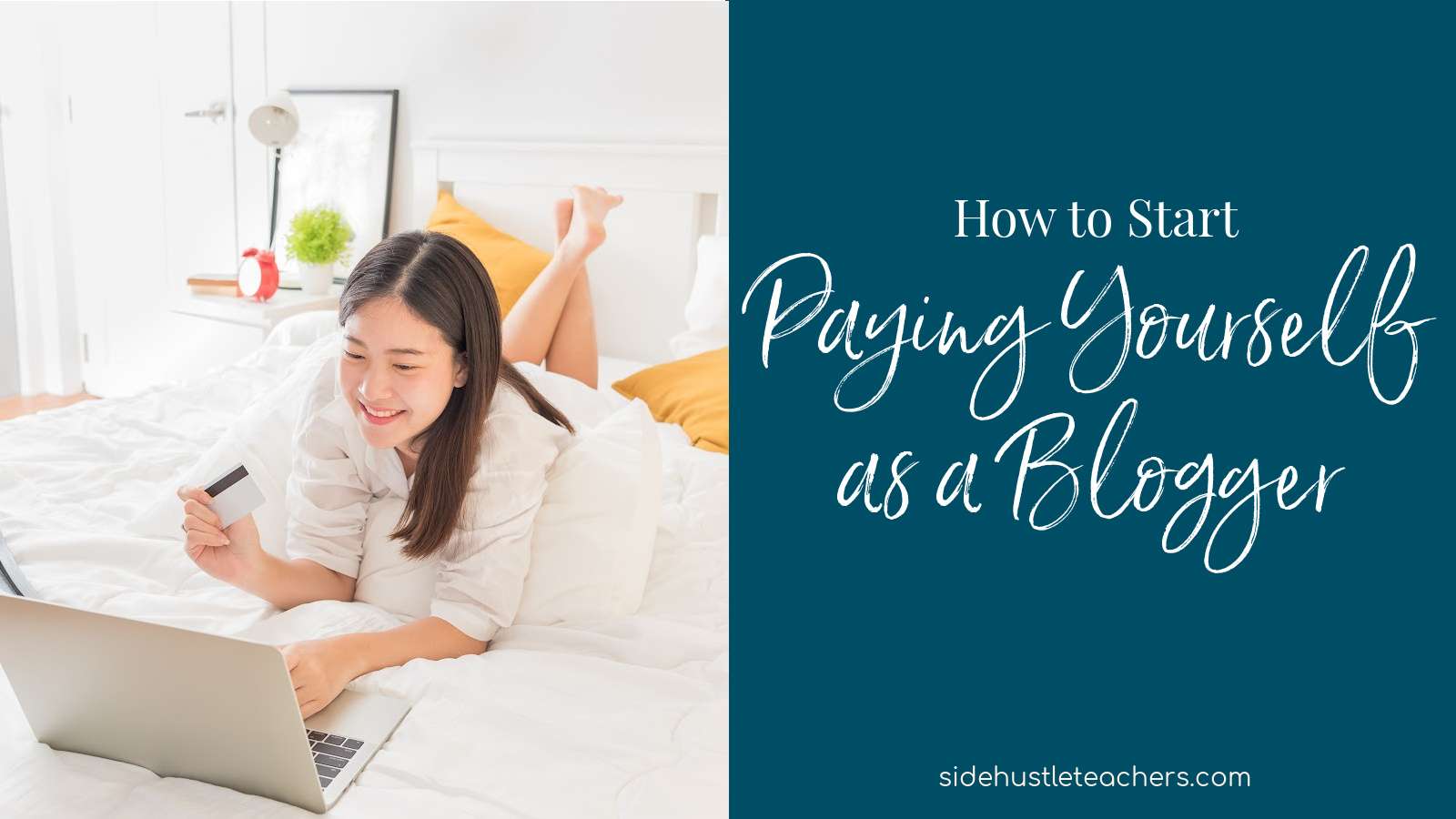 Last week I shared my system for tracking income and expenses, but knowing where your money is coming from, and where it’s going to, is only part of the process.

Most likely – if you’re like the vast majority of business owners – when you start to track your income and expenses you’ll likely notice that very little of your income (if any) is going to you!

That’s what today is all about.

I’ve mentioned before that in my first month of blogging I made $2.11, but what I didn’t share was that, as excited as I was about it, I didn’t actually get that money. I left it in my blog accounts and “reinvested” it.

Of course, since we’re talking about just a couple bucks, that’s no big deal, right? Sure. But what if I told you I continued to reinvest everything I made the first year of my blog?

Essentially, though I made a couple thousand dollars, I didn’t actually make anything… Not one penny got put into my family’s accounts.

This story is incredibly common for new business owners of all kinds – and not-so-new ones, too – and has led many people to give up on their business altogether.

After all, if you’re in business to make money, and you’re not making any actual money… What’s the point?

I don’t remember when I found Mike Michalowicz and his book, Profit First, but when I did it was a game changer. In it he challenges the old notion that profit is what’s leftover after you pay all your expenses. Instead, with his system, profit gets taken out first, then you can spend what’s left.

The Basics of Paying Yourself First

I’m going to give you the cliff notes version here, but I highly recommend you grab Profit First if you’re serious about building a business that actually supports you.

It’s a good idea to have an account that’s just for business expenses for many reasons, but to use this system effectively, it’s a must. As a blogger, most of your income is going to be online, so it makes sense to use a digital bank as well. I personally use Capital One 360, but there are many options, just pick one. The one requirement is that they allow you to create multiple sub-accounts.

Within your account, you’re going to want 5 sub-accounts. Income, Owner’s Pay, Profit, Operating Expenses, and Taxes. If possible, name these accounts accordingly. If not, make sure you have an easily accessible list of which account number is which. I’ll explain the purpose and use of each account a bit later.

Lastly, you want all your incoming money to go into your Income sub-account. However you collect payments, whether from Stripe or PayPal or whatever, connect them to that account. Stripe will automatically transfer your funds, but set a reminder to transfer your PayPal money a few days before you do your monthly numbers.

Mark your calendar when you’re going to go over your numbers each month. I suggest you do this at the same time you track your income and expenses – truth be told, it takes only a few minutes.

Each month transfer your money from the income account to the other sub accounts.

Make sure you’re setting aside money each month to pay your year-end or quarterly taxes. Personally, I set aside 30% in my tax account. I have never needed it all to pay my taxes, but it makes me feel better to have it there, just in case. If I don’t need it come tax time, I divide it between my pay and profit.

This is the money I have to spend on my business. I take 50% of my income and put it in this account. The key to this system is spending only money you have available to invest in your blog. As you grow your income, you can also grow your investments.

Aaaah, the golden goose! This is the money that you get to keep and spend. 10% of my monthly income goes into this account. Don’t worry if at first it’s just pennies – it will grow – and you can set a threshold for when you pay yourself. At first, I would transfer the money into my personal account when it reached $10.

Make It Work for You

As you work the system, you can adjust the percentages of what you transfer to each of the accounts. Just because I opt to go with 50-30-10-10, doesn’t mean you have to.

I suggest you work this process, along with tracking your income and expenses, each month.

In order to grow your earnings, you must know your numbers. Set a reminder, add it to your calendar, and get it done!

If you haven’t already, grab a downloadable copy of my income and expenses tracker!

Never be stuck for what to share on your blog, podcast, or video show again! In this 5-day challenge you’ll create an idea bank to keep you creating for the next 6 months… at least! 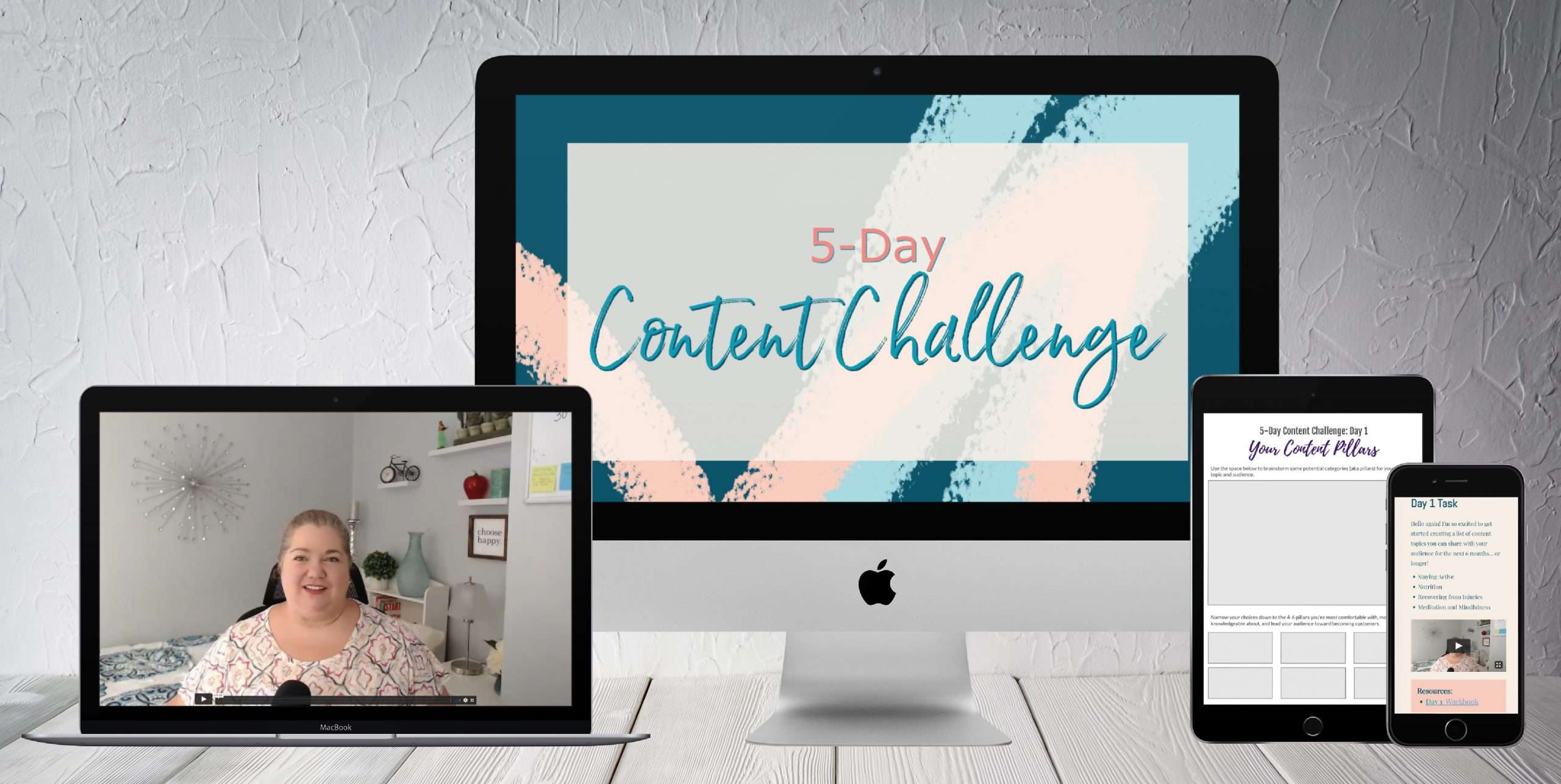 This challenge mini-course is perfect for you if you: 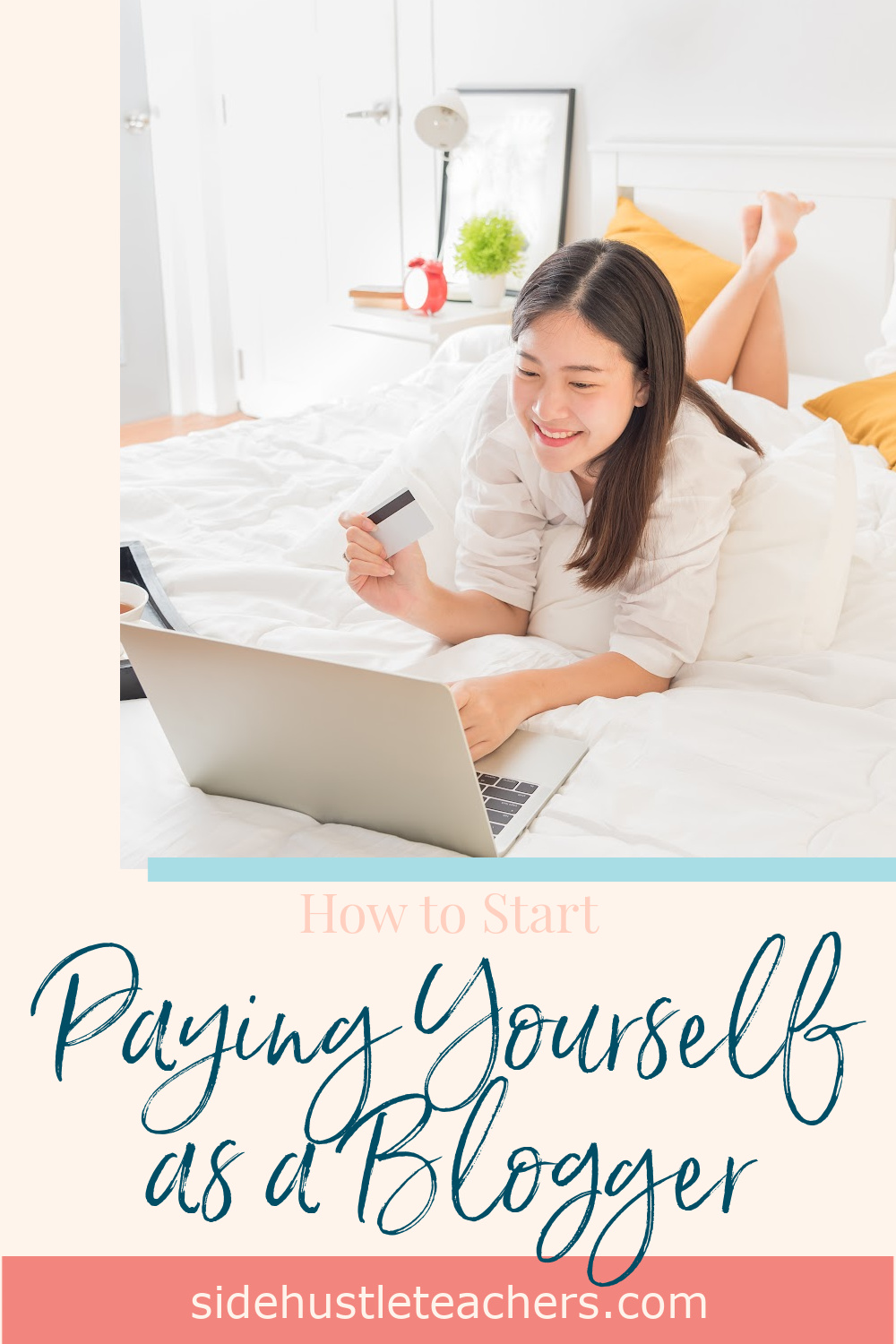 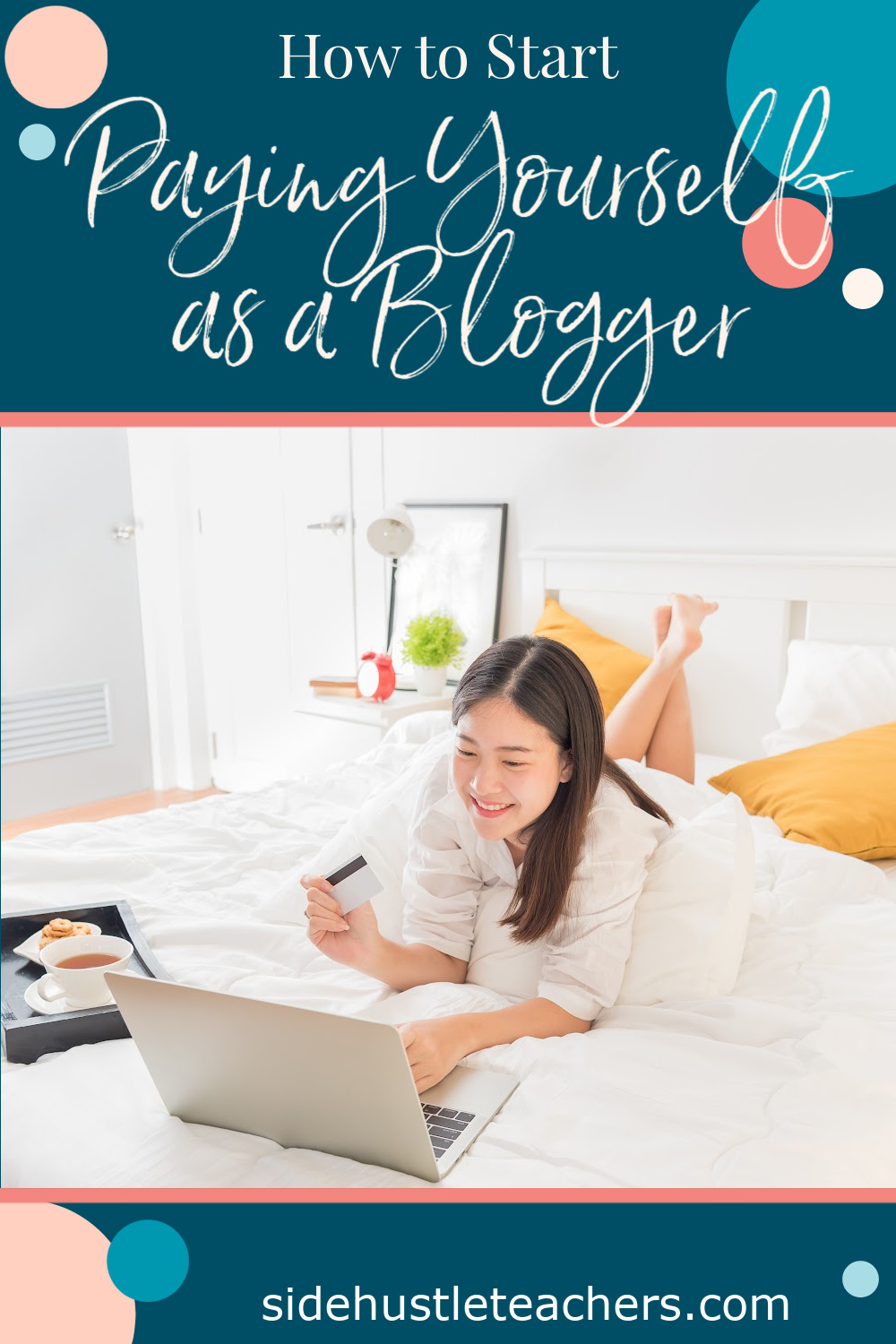 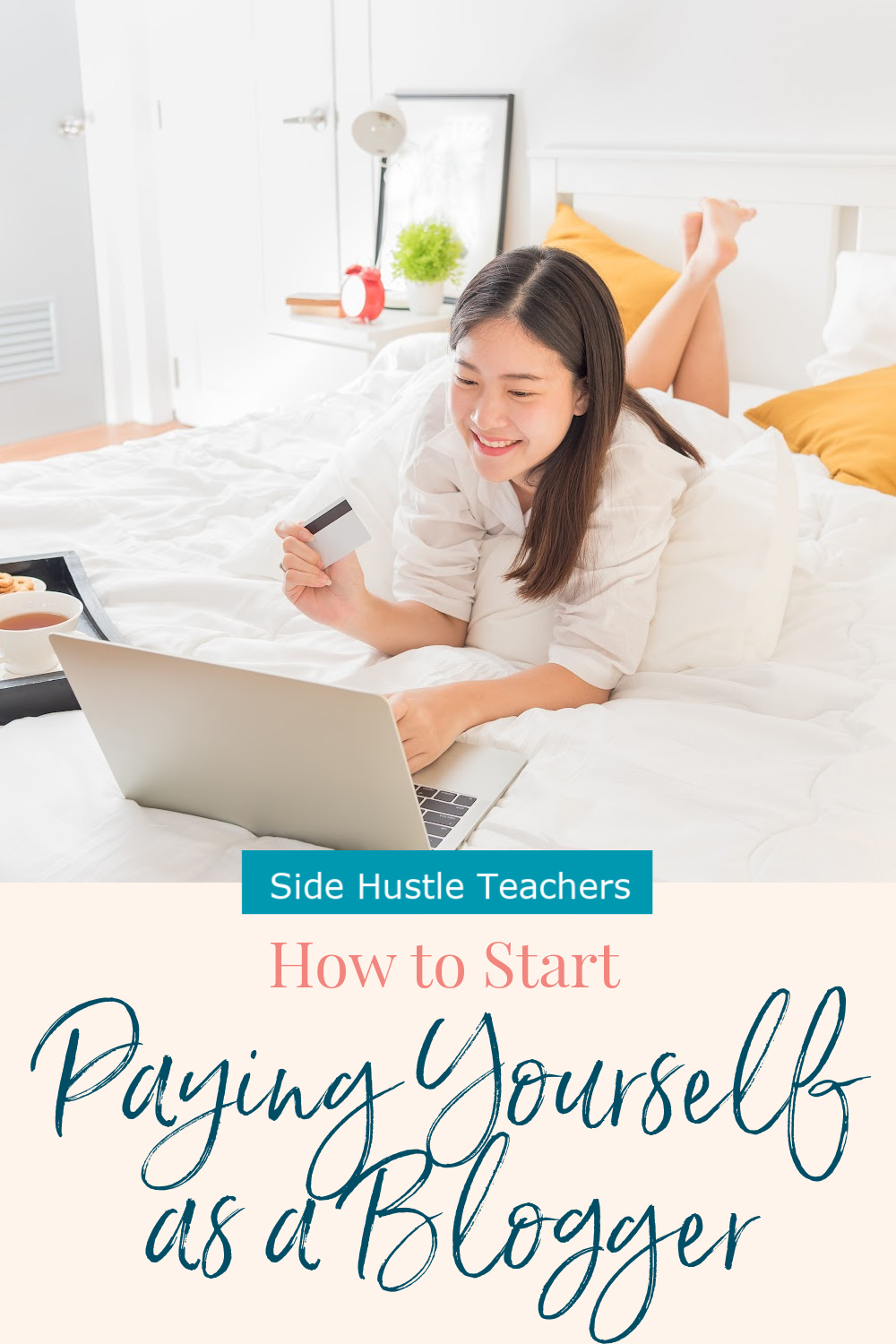 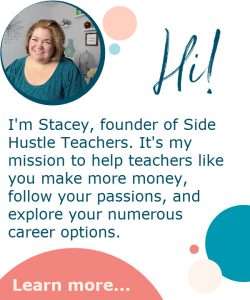 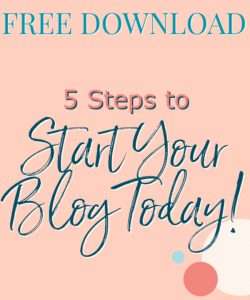 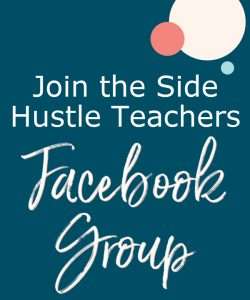 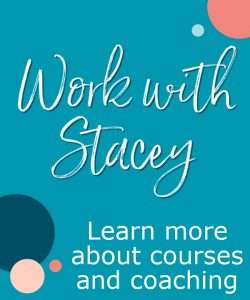 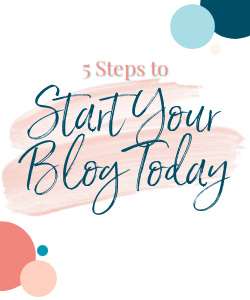